You are here: Home / About Todenham / Village History

The name Todenham comes from Old English and means Teoda’s water meadow.  Teoda is the name of the landowner at the time the land became recognised as a settlement, and hamm refers to the low-lying land bordering the Knee brook.

Todenham is first mentioned in a charter dated 804 AD, when the area was part of the kingdom of Mercia.  The charter records that a man called Aethelric bequeathed the village of Todenham to Deerhurst Abbey in return for being buried there.

Deerhurst Abbey owned Todenham for the next 200 years.

In the late 10th century, a Mercian earl seized Deerhurst Abbey’s assets, and they later passed to a relative, King Edward the Confessor.  In 1065 the dying King granted Todenham to Westminster Abbey which held it for over 460 years. 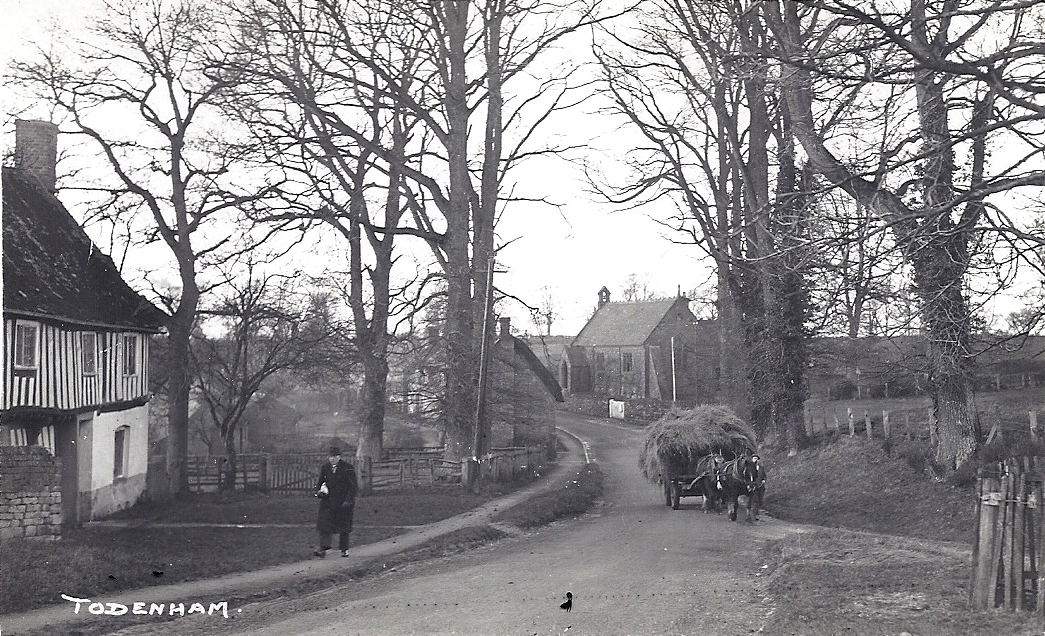 The Domesday Book records Westminster Abbey having 7 hides at Todenham.  A hide was a measure of land, originally the amount of land that could be ploughed in a year by one plough and a team of eight oxen.  The current parish of 2500 acres consists of those 7 hides, one other hide at Todenham (held at the time of Domesday by a free man called Edwy), and the village of Lemington, then recorded as 3 hides held by Westminster Abbey and 3 hides held by Tewkesbury Abbey.

The land was used for farming, mainly sheep and grain.  As early as the 1290s, merchants from London travelled to Todenham to buy wool.

A church was first built in Todenham in the late 12th century.  Later, the present church was built over two periods in the 14th century.  [Click to go to church website here]

The village’s layout is based on the location of its two open fields: Homestall Field to the north and east and Todenham Field to the south and west.  By the 14th century the village had developed in two parts by the two fields.

Sir William Petre was Thomas Cromwell’s deputy and had a major role in implementing the Dissolution of the Monasteries.  He was secretary of state to three monarchs.  Westminster Abbey surrendered to him in 1540, and he was given the manor of Todenham, among others.  It remained in his family until 1783, although there is no evidence they ever set foot here.

Todenham prospered during the 17th and 18th centuries, with building at both Ends, including at Homestall End (now known as Church End) the row of houses opposite the church, a blacksmith’s forge and some cottages including the current Farrier’s Arms building.

Over the 18th century the remaining open land was enclosed: the furze common in 1724, Dunsden hill in 1730, and Todenham End open land in 1776, leaving Todenham looking much as it does today.

In the early 19th century Todenham’s population and housing stock increased.  The parish built a row of cottages next to the churchyard and a school was established.  In 1853 the railway came to Moreton-in- Marsh, three miles away, and the population began to decline.

In 1890-91 the west front of Todenham House was enlarged by Guy Dawber, later the architect of Nether Swell Manor and designer of Moreton’s war memorial,

Since at least the 17th century, the ceremony of Todenham Processing was held every year on Rogation Monday (five weeks after Easter).  Half the bounds of the parish were perambulated.  The Todenham Band and four men with spades led the procession, followed by mounted gentry and farmers, and finally the ordinary villagers on foot.  At set points the men with spades faced each other in pairs and each lifted up a turf, forming a cross, in the centre of which the parish clerk placed a sprig of green.  Psalms were sung and a collection made for children.  The custom continued until after the First World War.

Acknowledgement
The information on this page is taken from: Frost, W Norman (Ed), 2000, “Todenham, A History of the Village and its People”, published by Todenham Parish Council 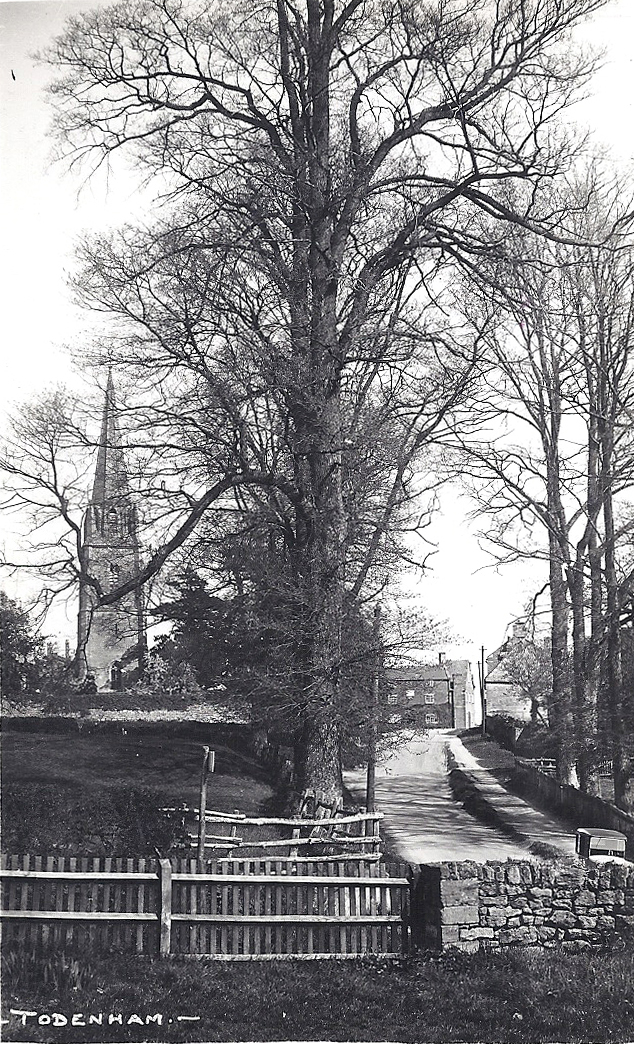